Jack and the Beanstalk

Home / Events / Jack and the Beanstalk 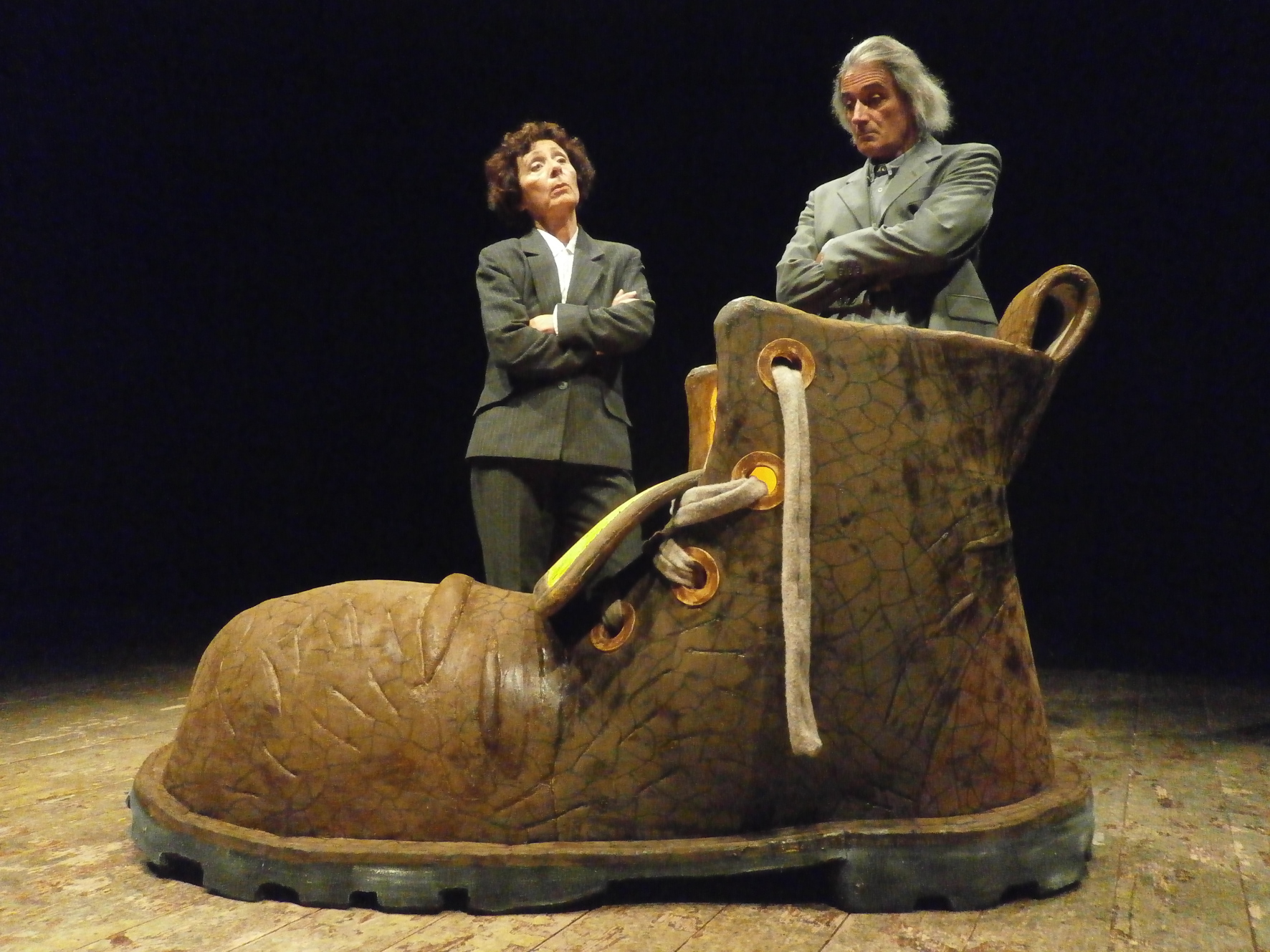 Jack and the Beanstalk

Stories, if no longer told, are forgotten…”

In an abandoned attic, hidden under dust, for years and years objects have been sleeping there, miserable things that speak of poverty and that take you back to an old and popular English fairy-tale, Jack and the Beanstalk. A poor boy, with a widowed mother, a cow full of milk, a strange old man, an enormous bean plant and, of course, a wicked monster who so loves little children….in the oven with potatoes!

One of these abandoned objects is a book. Blow the dust off the book…….and the story begins.

One morning, Bianca, the cow, with her milk is the only source of food for the family, stops making milk. Jack’s mother sends him to the market to sell the cow but, on the way, he meets an old man who gives him 5 beans in exchange for the cow. A plant that almost touches the sky will grow out of these beans. Up there, in the clouds and in the smoke of a large saucepan, stands the ogre’s house. Jack is driven on by curiosity, courage, and guile as he climbs up the beanstalk three times right up to the ogre’s house, and each time he comes out of it, unharmed and with a little treasure: silver coins, golden eggs, which will all help he and his mother to survive for a little bit more. But – as the old man had said – “sooner or later the money will run out”……But the third time, when Jack comes away with a golden harp, he will finially leave poverty behind him for ever. Because we all know that music and art never ever finish!