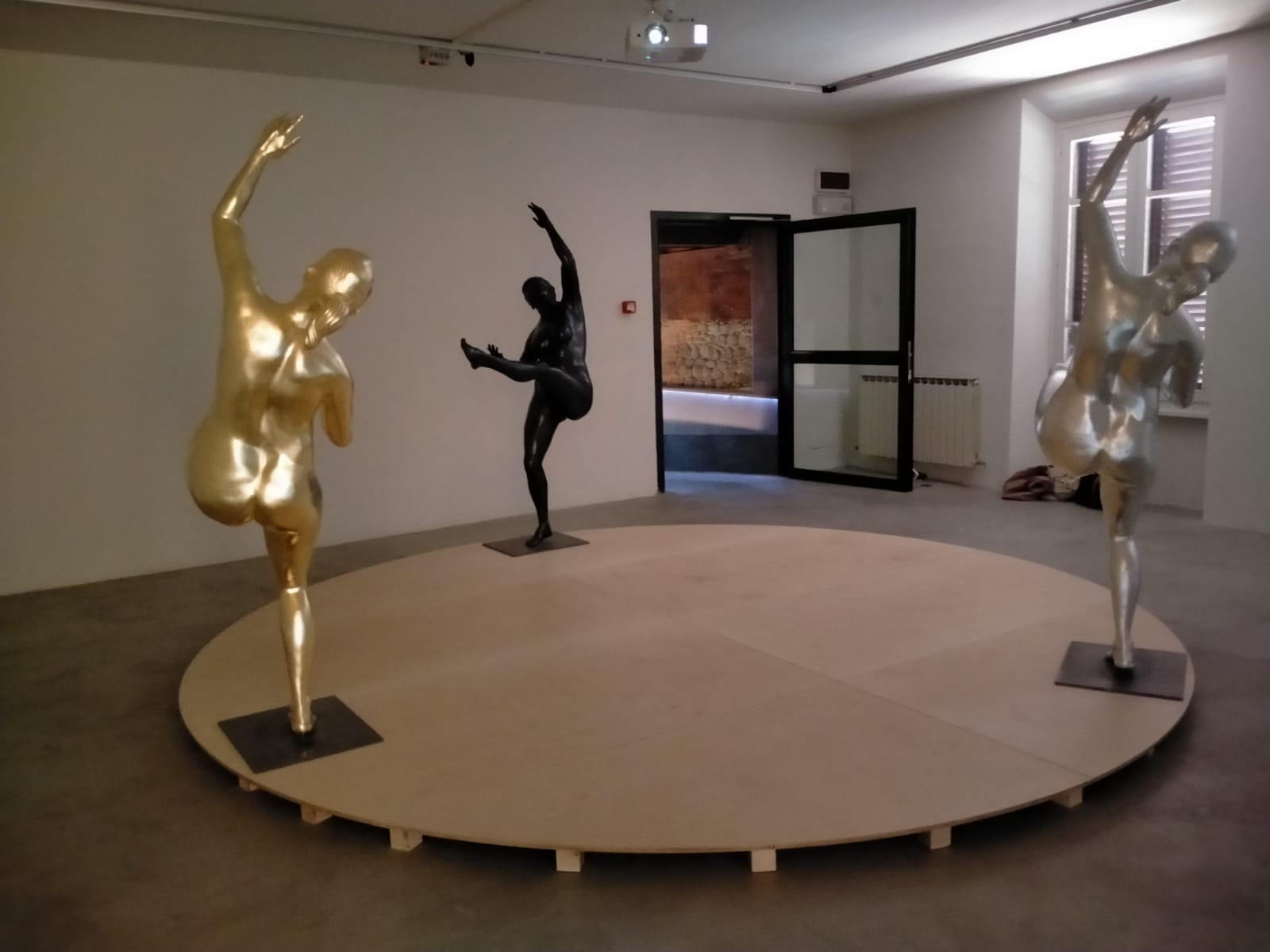 In the Palazzo Fabroni Museum of 20th-century and contemporary art, organized by Ilaria Bernardi is the personal exhibition, A SALIRE A LE STELLE [To Climb To The Stars] by Marinella Senatore, one of the most well-known Italian artists of her generation, at an international level.

As part of the exhibition – which includes a wide range of her works from the past and some totally unknown ones, exemplifying her way of working – is her environmental installation ‘A salire le stelle’ / To climb to the Stars (2021) which now enters Palazzo Fabroni’s collection permanently; it actually won the ‘Sezione Dante’ prize of the Cantica 21. Italian Contemporary Art Everywhere, promoted by the ‘Ministero degli Affari Esteri e la Cooperazione Internazionale ‘ -‘Ministry of Foreign Affairs and International Cooperation’ – Direzione Generale per la Promozione del Sistema Paese e Ministero della Cultura – Direzione Generale Creatività Contemporanea.

This installation derives its inspiration from the XXIV and XXV canto of Dante’s ‘Inferno’ which tells the tale of Vanni Fucci, a black Guelph originally from Pistoia, considered to be one of the most sinister characters of the whole cantica, condemned to the pit of thieves because he had committed the sacrilegious theft of the treasure of St. James, kept in Pistoia Cathedral. For this reason, Marinella Senatore chose to take part in ‘Cantica 21’ in collaboration with Palazzo Fabroni in Pistoia. In fact, the exhibition is a part not only of the celebrations dedicated to the 700 years since Dante’s death but also in the ‘Anno Santo Iacobeo’ – Saint James’ Jubilee Year – dedicated to the Patron of Pistoia whose treasure was the one stolen by Vanni Fucci.

Furthermore, the exhibition converts the opportunity offered by the Cantica21 to realize a new work dedicated to Dante, in order to underline Marinella Senatore’s intense conceptual coherence in all her work by means of a wide-ranging exhibition with works of both the past and the ‘never-seen until now’ ones, all of them excellent examples of her artistic activity.

So we find ourselves in front of works of the past, such as NUI SIMU (That’s us) (2011) and Estman Radio Drama (2011) to celebrate the ten years from their presentation at the ‘2011 Biennale di Venezia’ – the 2011 Venice Biennale – as well as the ‘The School of Narrative Dance: Ongoing Documentary’ which retraces participated experiences organized since 2013 and all over the world by Marinella Senatore.

These are associated with more recent works: the Assembly illuminations (2017), the drawings of the series ‘It’s Time to Go Back to Street ‘(2019), and the two important cycles ‘Un corpo unico’ and ‘Autoritratto’ (2020) which, realized for her personal exhibition at Madrid’s ‘Istituto Italiano di Cultura’ – Italian Institute of Culture – and brought to Palazzo Fabroni to be further developed with new productions, shows an evolution in the artist’s work. Instead of works made up of and derived from participatory actions in public spaces for which Marinella Senatore is known, ‘Un corpo unico’ and ‘Autoritratto’ were conceived in her studio but have the same energy and significance as those of participatory actions, developing further reflections on the concept itself of participation.