Purgatory. The night clears the brain 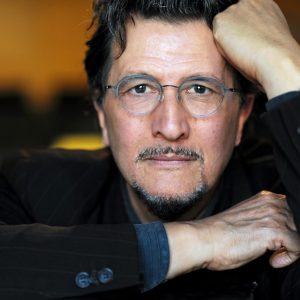 Purgatory. The night clears the brain

A PERFORMANCE FOR THE SEVENTH CENTENARY OF DANTE ALIGHIERI’S DEATH

This performance, co-financed and sponsored by the National Committee for the Celebration of the Seventh Centenary of Dante Alighieri’s Death, has been prepared in co-production with the “Associazione Teatrale Pistoiese”, “Fondazione Teatro Metastasio”, “Compagnia Lombardi Tiezzi”, “Campania Teatro Festival”, “Teatro di Napoli – Teatro Nazionale”; in collaboration with the “Accademia della Crusca”, the “Università per Stranieri di Siena”, and the “Opera di Santa Croce”, the “Opera di Santa Maria del Fiore”, the “Certosa di Firenze/Comunità di San Leolino” and “Fondazione Sistema Toscana/Manifatture Digitali Cinema Prato”; with the support of the “Ministero della Cultura” – the Ministry of Culture –  and with the contribution of the Tuscan Region, of the “Fondazione Cassa di Risparmio di Pistoia e Pescia”, and of the “Ente Cassa di Risparmio di Firenze”.

Thirty years after having made a theatre play out of Dante’s poem, Federico Tiezzi has returned to put on stage – in a completely new way – three plays based on the dramas created at that time by Edoardo Sanguineti, Mario Luzi and Giovanni Giudici. This three-year project will begin this year with Purgatory, the text that was developed for Tiezzi and his company by Mario Luzi, one of the greatest poets of the second half of the 20th century.

Tiezzi has decided to begin with Purgatory because it is the cantica of friendship and of art: the characters are mainly musicians, painters, and poets, art is what is discussed, art is perhaps the road to salvation. The cantica speaks of problems of poetry and of faith, of fraternal ties and of artistic activities. Everything is being prepared for the important meeting with Beatrice in the Earthly Paradise where Dante’s beloved maiden gently reprimands him for having lost the “straight path” to knowledge. Purgatory is also the cantica of hope: that hope which this historic moment needs most of all, that hope for a different and yearned for world moving towards a finer understanding of reality. That hope which is the transformation and ambition towards the principle of good.

In Purgatory, as Luzi writes, “time exists”, in Purgatory the same sun that lightens the earth, shines brightly, nights follow days, sunsets follow dawns, while the souls speak of the past with nostalgia and the sensibility of (Samuel) Beckett-like characters. It feels as if we are still in the historical space of man, on Earth, but touched by divine grace which gives life, in its daily suffering, sweetness and hope. In this place, where time exists (whereas in the other two canticas, there is only the eternity of suffering or of happiness), the weary poet can easily think of going to sleep to dream. In fact, it is the presence of dreams that is one of the particular features of this cantica, that stretches out under the direction of Tiezzi, like a long psychoanalytical session.