The adventures of Pinocchio

Home / Events / The adventures of Pinocchio 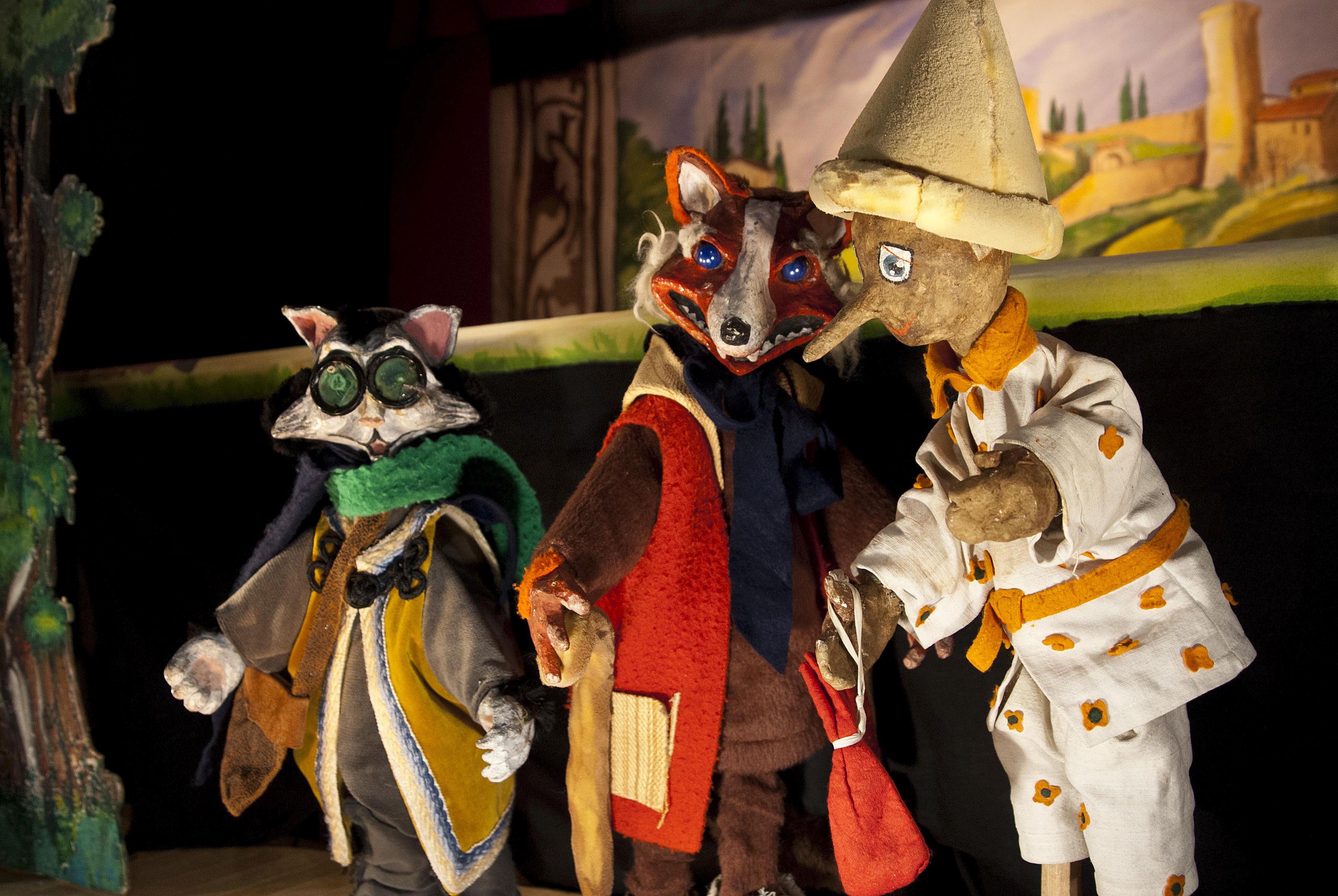 The adventures of Pinocchio

The “historic” Florentine puppet company, Pupi di Stac, is staging Pinocchio, staying as close as possible to the original work, and making an almost integral version of the tale. The use of various techniques of puppet theatres creates a rhythm and liveliness for the telling of this famous fantasy tale.

The marionettes and the puppets have been thought out in the spirit of Pupi di Stac’s style (full-size figures and animation on stage) and so a classical iconography of the most famous characters of the story is used. The shadows and shapes with an almost ‘radio-type’ background, determine the excitement of the most appealing scenes (the escape in the village, the hanging, the shark).

A real actor plays the role of the father – carpenter and puppeteer – but in some episodes is actually taken over by a lookalike puppet; even Mangiafuoco – the Fire-Eater – (he, too, played by a real actor, even if only a prisoner in the puppets’ shack) is a father-figure, as is Jiminy Cricket (a bright puppet) who is such a moralist that he gets on everyone’s nerves.

The Blue Fairy is shown – as Collodi suggests – as a sister, mysterious woman, gentle mother and tutelary deity. One last curious fact: five Pinicchio’s have been made. One for when he is still the prisoner of a piece of wood, one all of knotted wood, one just made and then dressed with flowery paper, a Pinocchio sea-swimmer and of course, a puppet…..with a nose that grows longer and longer.