The Cathedral houses the silver altar, one of the most prominent works of Italian and European Gothic goldsmithery, and a relic of Saint James.

The Saint Zeno Cathedral is one of the buildings which embellish the Piazza del Duomo.

The first time we hear about its existence is in 923 A.D. Its present-day aspect is the result of various modifications that have taken place over the years during the 12th, 14th, and 15th centuries. At the end of the 16th century, its gallery was modified to become what we can see today.

Inside the cathedral, we can see the most important evidence of the cult of San Jacopo. Of prime importance is the Silver Altar which is one of the greatest works of the Italian Gothic goldsmiths’ craft: work began on it in 1287 and carried on through and up to the 14th and 15th centuries. 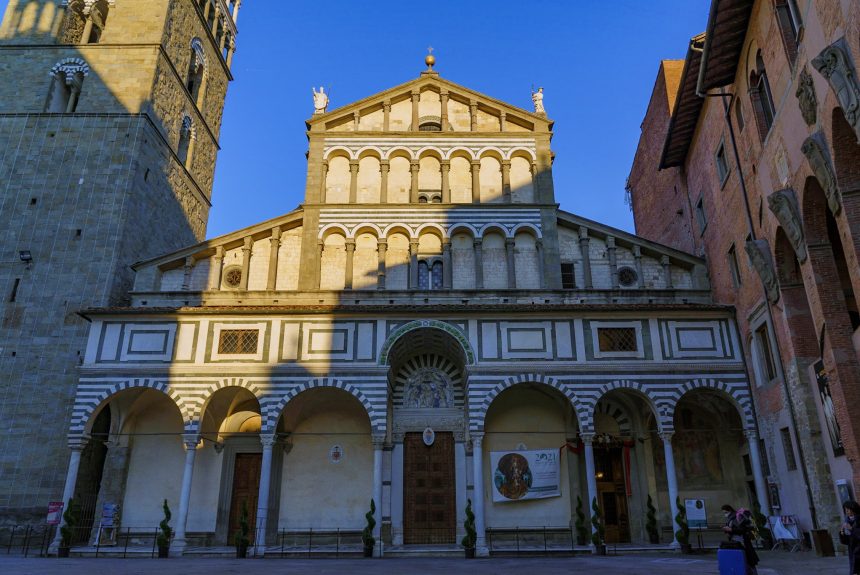 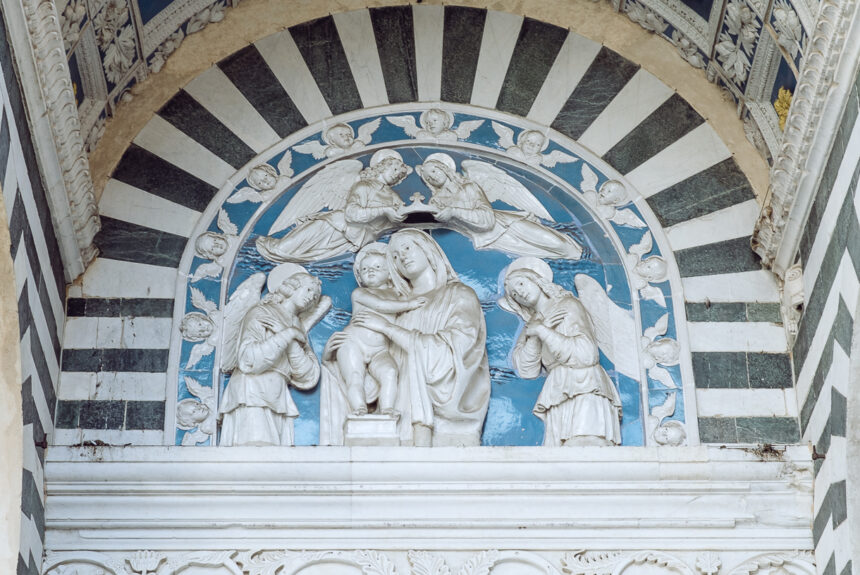 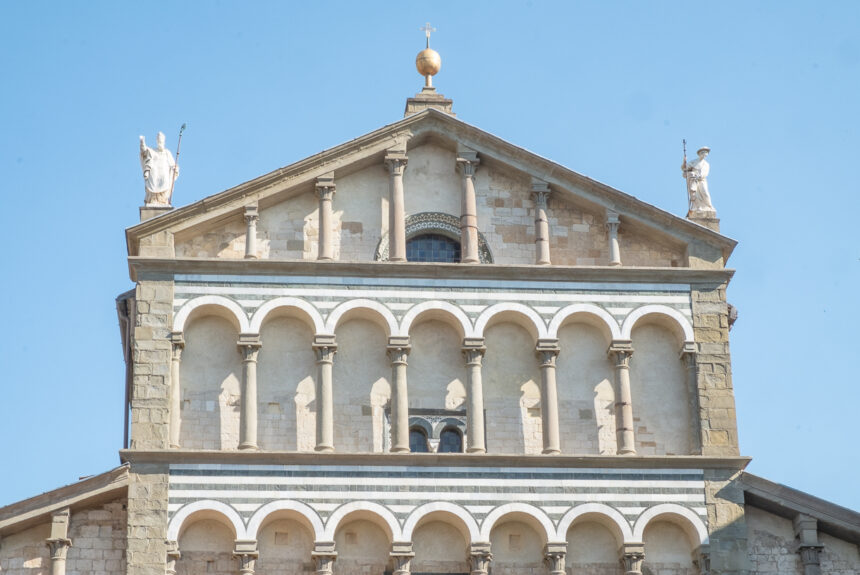 Nowadays, the altar is kept in the Chapel of San Jacopo – once called the Crucifix Chapel – and stands in front of the saint’s monumental reliquary, made in Florence by Lorenzo Ghiberti in 1407. It holds Apostle Giacomo il Maggiore’s relic which, according to tradition, arrived from Santiago de Compostela in 1145. The altar and the reliquary were part of the Treasure of Saint James, carefully kept in what Dante described as “the sacristy of beautiful decor”.

Outside the Cathedral, near the Porta Santa – the Holy Door – is the Rosa dei Venti – the Compass Rose: a commemorative, marble plaque with the pilgrim’s shell nestling into it, which is yet another symbolic link with Santiago de Compstela. 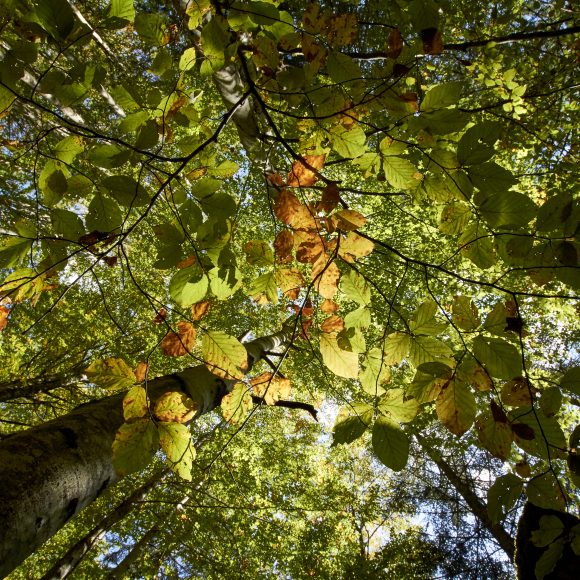 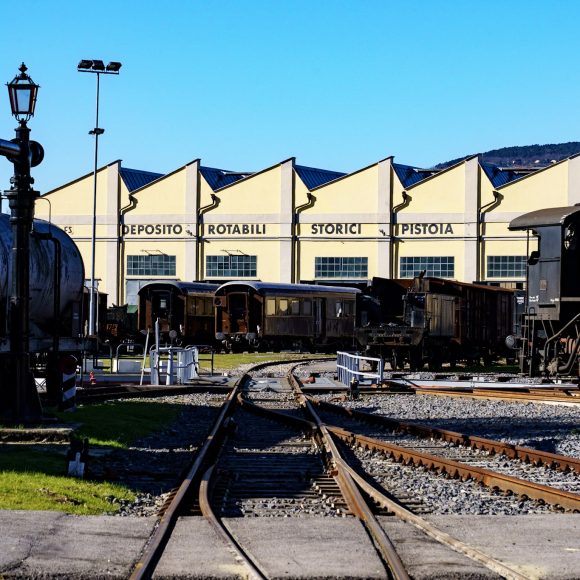 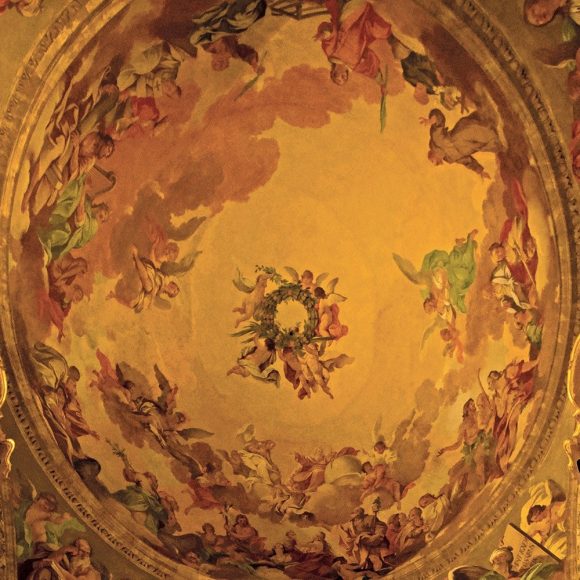 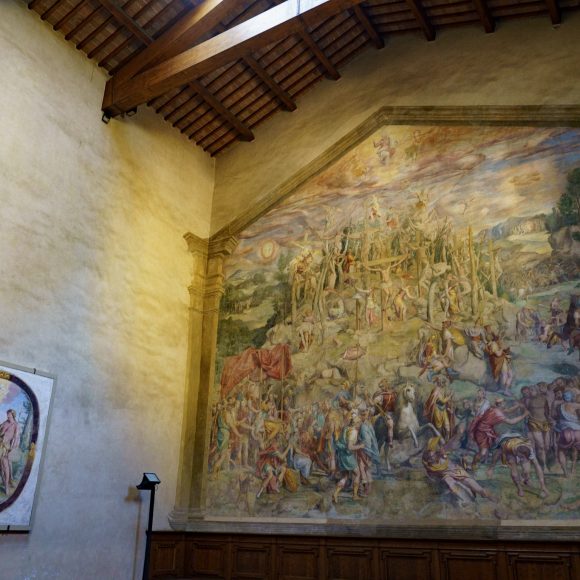 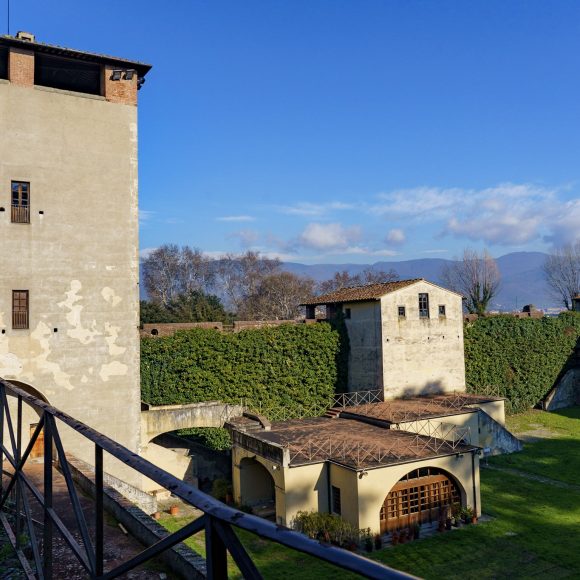 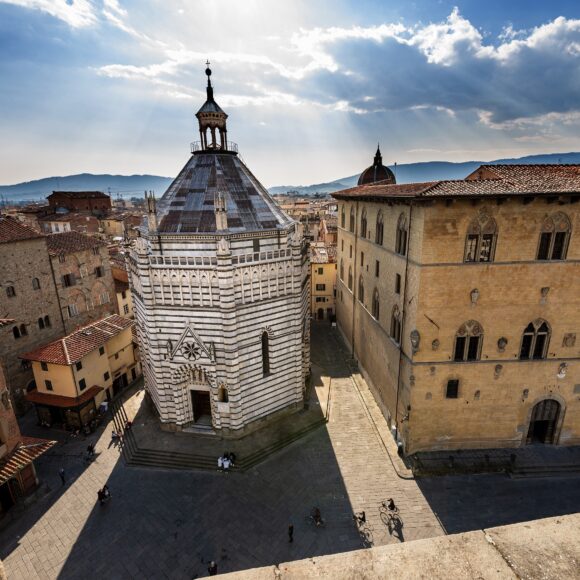 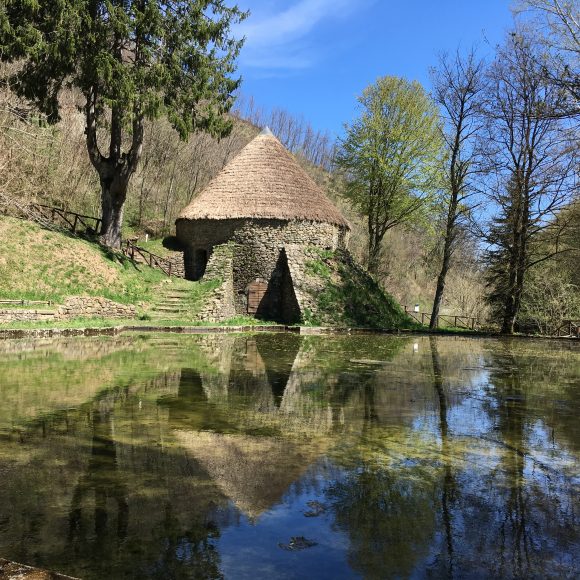 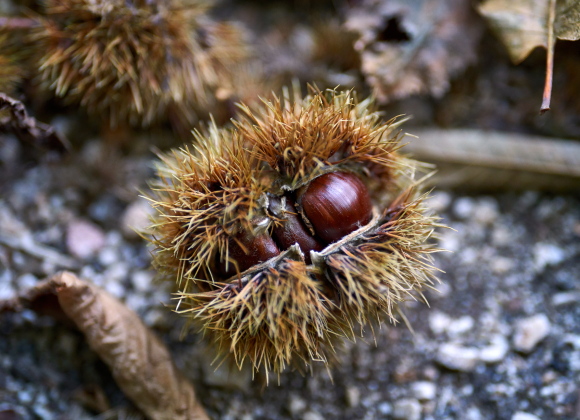 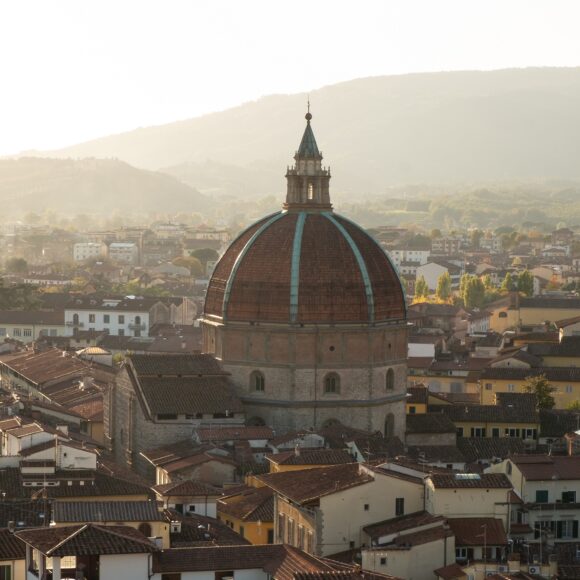 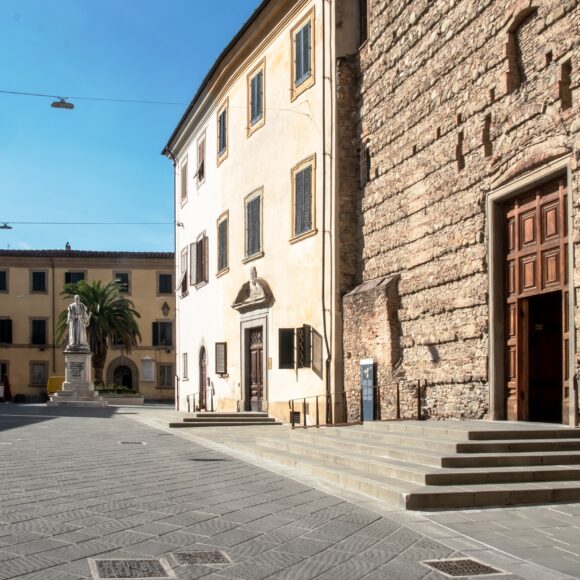 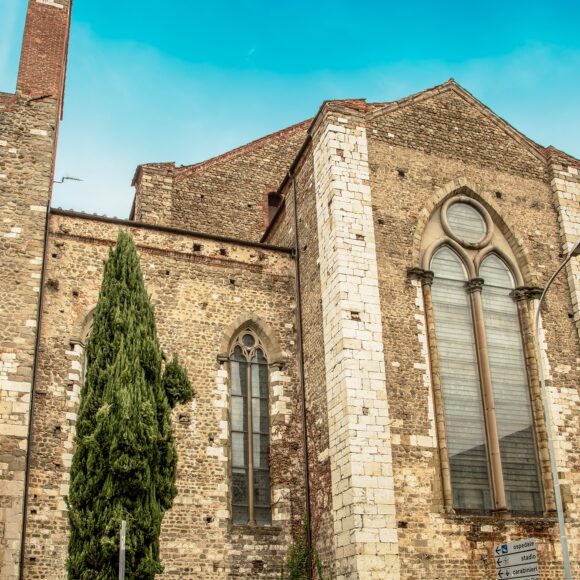 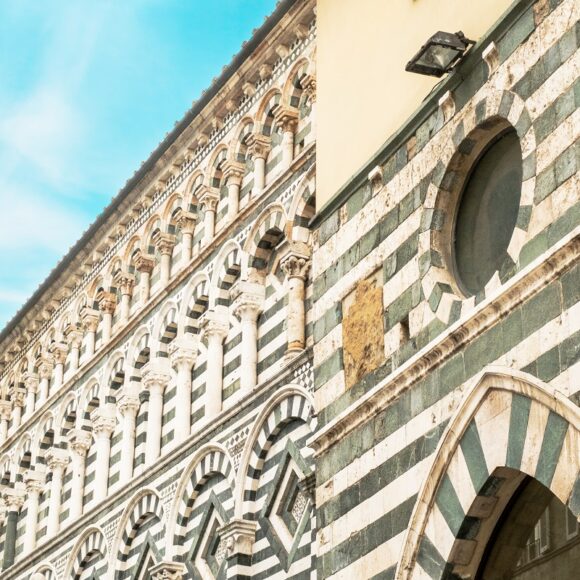 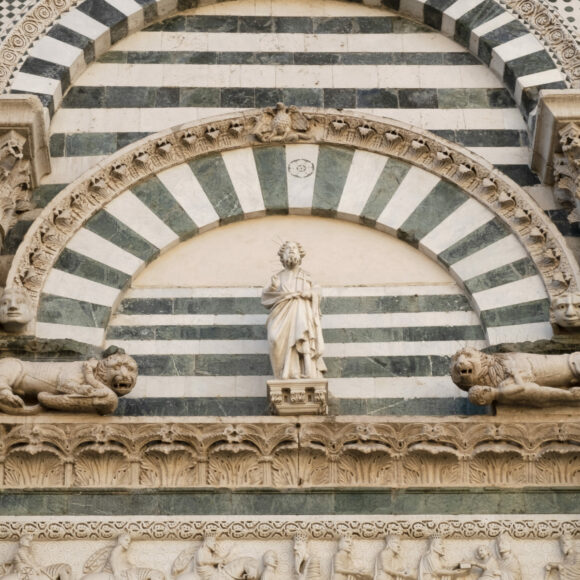 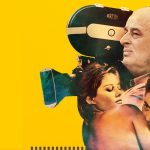